What is the real difference between CAT6 and CAT6A?

The history of data communications

The history of data communications is closely linked to the developments in cabling and the connecting hardware. High-performance data networks and local area networks (LANs) cannot perform well without appropriate cables and connectors. When we take a look at high-speed data networks like Gigabit and 10 Gigabit Ethernet, it’s hard to imagine that these data networks descended from telephone networks. LAN Technologies have evolved greatly over the years and Ethernet has become the dominant technology for LANs. 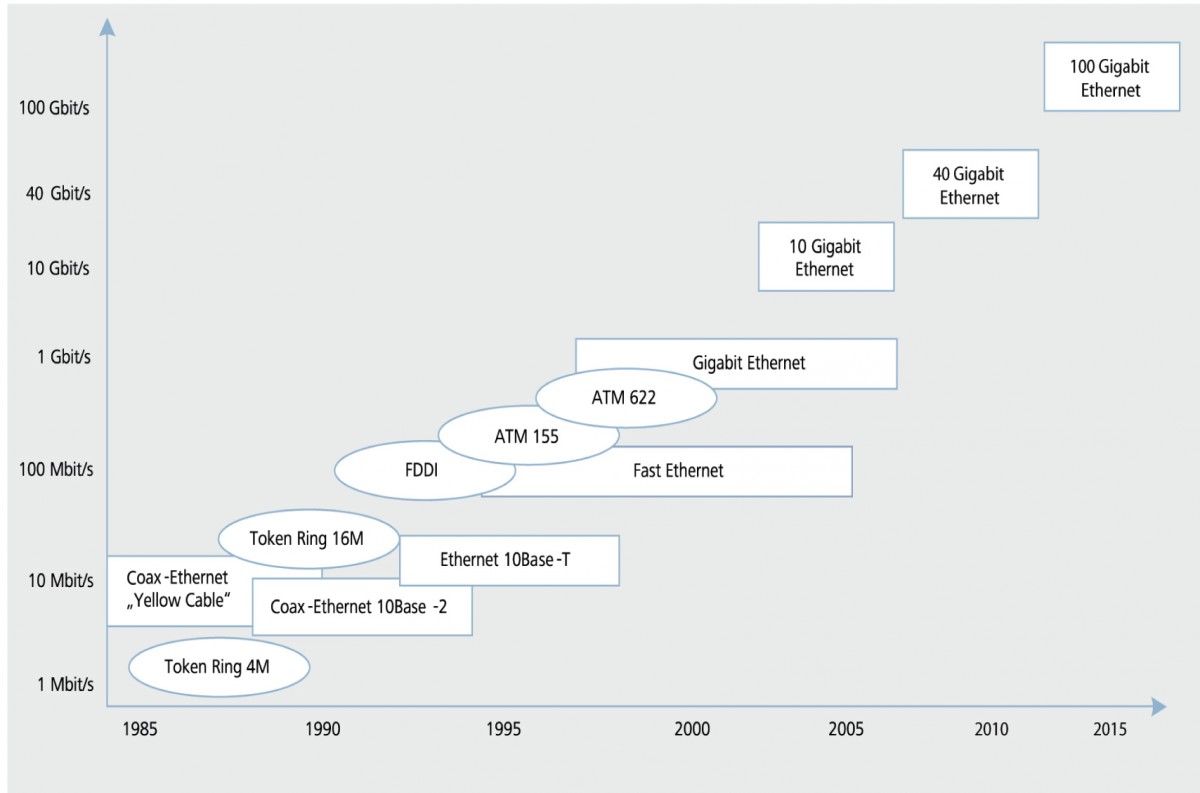 Due to the evolution of technology and the greater demand for higher networking speeds, cable and components have been developed that can transmit faster speeds over longer distances. Copper classes and categories were introduced in order that network parameters could be clearly defined and that the appropriate connecting hardware was installed. For example, Category 3 was introduced in the later part of the 1980s and could support voice services as well as 10BASE-T Ethernet. However, this would eventually become unsuitable by the mid 1990s as Category 5 had become widely available and was able to support faster network speeds up to 100Mbps. The next wave of cable and connector development came in the form of CAT5E, which could more effectively support Gigabit network applications. CAT5E is an enhanced version of Category 5, however, CAT5E standards had introduced new and more stringent crosstalk specifications, which allowed Gigabit network applications and high data transfer scenarios to function more reliably.

Over the last 5 to 8 years, Category 6 (CAT6) cable and connectors have become a basic requirement for new buildings in order to support Gigabit network applications and support bandwidths of up to 250MHz. CAT6 is also beginning to replace CAT5E in residential environments. Category 6A (CAT6A) which supports data rates of 10G up to 100 metres and a bandwidth of up to 500MHz has begun to grow in popularity. Many Data Centres, hospitals and universities have adopted CAT6A as a new minimum requirement. Other developments in CAT7, CAT7A and also CAT8 are continuing, which will support even higher data transfer rates and bandwidths.

Comparison of CAT6 vs CAT6A cabling

CAT6 cabling provides many advantages and benefits over CAT5E cabling infrastructure. When CAT6 was first introduced it was approximately 50% more expensive than CAT5E, which made it cost prohibitive for many installations. However, CAT6 costs have reduced substantially over a number of years to the point where costs are almost on par. CAT6 provides greater bandwidth over CAT5E and allows for higher data transfer rates. Therefore, CAT6 has now become the minimum standard for new cabling installations. As well as being able to easily support 1 Gbps network speeds, CAT6 can also support higher data rates of 10Gbps. However, 10Gbps is only supported over shorter distances of 37-55 metres.

CAT6A is capable of supporting data transfer rates of up to 10Gbps at a maximum bandwidth of 500MHz. CAT6A has additional and tighter twists, with additional insulation to reduce crosstalk. CAT6A is also backwards compatible with CAT6 and CAT5E, however, speeds are always limited and will perform to the lowest category cable or connector that is installed in the link. CAT6A is fast becoming the most cost effective solution as it is seen as a future-proof cable system. CAT6A components are used in Class EA networks as defined in ISO/IEC 11801 and TIA/EIA 568.

One of the perceived disadvantages of CAT6A is the actual size and weight of the cable. CAT6A was 50% larger when it originally appeared in 2008. Since then, cable sizes have been reduced and slimmed down by 10%. The additional weight increase also reduces the amount of cable that can fit into a cable tray and where you can place them. This results in a larger cable tray and conduits and smaller bundle size. The increased room is also required for the cable bend radius in the cable tray, patch panel and behind wall outlets.

Termination methods and times had also been seen to be a negative for CAT6A installation, however, new modular jacks and outlets which can be terminated in around 2-3 minutes have reduced installation time and cost.

In fact, when considering the use of CAT6A components in a 10Gbps, Class EA network, consider the following factors:

Shielded Vs Unshielded Cat 6a

End users also have the option of selecting from either a shielded or an unshielded solution. Shielded CAT6A cable generally has an outer foil shield around each individual pair or around all 4 copper pairs. In addition, modular jacks, outlets and patch panels are also protected by a metal housing around these components. Each solution has its place, as well as its own set of benefits.

CAT6A cable is available in various configurations. Shielded and unshielded cables are often referred to as F/UTP (shielded) and U/UTP (unshielded) cable.

One of the latest additions to the CAT6A shielded cable range is a CAT6A U/FTP cable. This cable configuration has all four pairs individually shielded, rather than an outer foil shield. The overall test results and performance of this cable has been quite impressive.

Additional benefits of a shielded CAT 6A solution

CAT6A requires additional testing, however, network testers are all pre-configured and automated with PASS / FAIL requirements for the link and can quickly and effectively test the performance of the network.

The answer to these questions are actually much simpler to answer than you may think.

Firstly, what current applications are being utilised? What future applications do you see your organisation using? What growth to your network do you expect over the next five years in terms of data transmitted and the number of users? What is the expected life of the building? Will it be 5,10, 20 or even 25 years? Where are cabling standards heading? What is your budget or expected cost? What will the cost be, not just now, but the cost of re-installing a new network that can cope with future speeds?

There are many factors to consider when deciding on what cabling network to install. However, CAT6A is proving to be a wise choice due to it’s ability to future proof against increased networking speeds. CAT6A is available in either a shielded or unshielded solution and each option has it’s own place. CAT6A is also backwards compatible with CAT6 and CAT5E due to the continued use of the RJ45 connector. CAT6A is proving to be a cost-effective solution for current and emerging applications as it supports higher bandwidths and 10Gbps network speeds up to 100 metres.

In addition, CAT6A and structured cabling products can be used for applications other than voice and data, such as Building Automation, CCTV, Access Control and many others. Therefore, the potential to integrate all of these applications on to a single cabling infrastructure provides another advantage.

If you would like to know more or would like assistance in designing or choosing the right cabling infrastructure, speak to the team at Warren and Brown, we will be glad to assist you in Driving Your Network Further!

Shop all CAT6 and CAT6A products