Services for the Harsh Environments

Warren & Brown Technologies serves a variety of fibre optic industries with high-quality products and services for the harsh environments. Going far beyond simply selling top quality fibre products, we are an engineering and manufacturing company that takes pride in providing you with exactly the right solution for your particular application.

If you are setting up, moving, or improving a facility employing fibre and/or data system, we can deliver the expertise and practical guidance to plan, implement, and document the project in an efficient, well organised manner with minimal disruption to your business. We take pride in developing solutions for challenging environments and helping customers set up first-rate fibre and data facilities.

The expanded beam technology uses expanded and collimated beams to couple optical fibres without any contact. It could allow for optics to be used in areas that have been quite restrictive due to the presence of damage or contamination at the fibre end. Hermaphroditic connector design enables fast deployment by daisy-chaining multiple cable segments.

The expanded beam connectors are generally supplied as part of the cable assembly, with a variety of cable options available, including mil spec, tactical, armoured, etc. 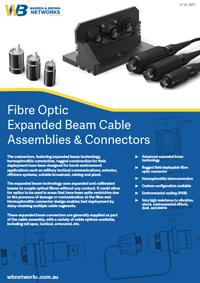 Our products are designed and manufactured to provide the necessary performance, ruggedness and durability to support for most demanding applications, designed specifically for the mining industry. Our multi-channel fibre optic connectors and custom made cable assemblies are used on tagging and tracking systems, conveyor belt systems and other applications.

Our assemblies are specially designed and ideally suited for the harshest mining applications. They are easy to clean & maintain, offer quick-connect & ¼ turn connect options and are all IP68 rated connectivity connector solutions.

We offer pre-assembled and pre-deployed off the shelf products, available immediately for customer installation. If you need a new, unique fibre solution, we will custom design and manufacture product solutions to meet your harsh environment requirements.

Highly reliable rugged multi-channel, hybrid and expanded beam connectors easily connect in the field with a minimal signal loss. The connectors are specifically designed for real-time transmission of HD signals with the ability to withstand harsh demands.

In addition to its ruggedized connector systems, we have easy to deploy yet extremely tough fibre cables designed to survive high-traffic areas. Our cable assemblies are optimised to withstand the rigours of installation challenges such as difficult cable pulls, high tensile loading, and severe crush occurrences.

Our custom connectors are stainless steel and other corrosion resistant alloys to ensure high performance and long life in a salt air or salt water environment. Assemblies for this industry feature extremely rugged cables with integrated steel braiding to provide superior tensile strength. Hardware is NEMA4x rated to protect internal electronic components from the elements.

We are able to develop the best solution for your unique industry’s rugged demands. 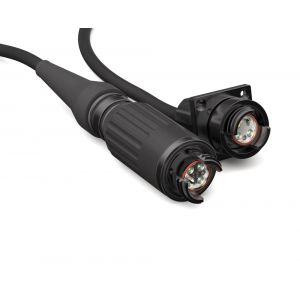 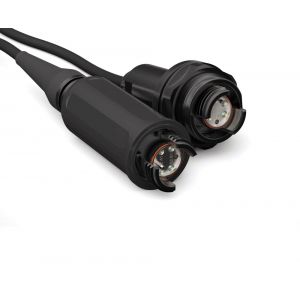 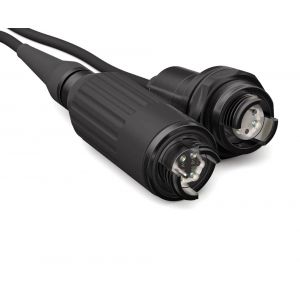 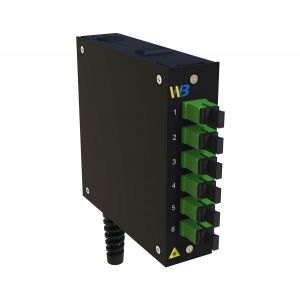 Patch only DIN mount fibre enclosure
Out of stock 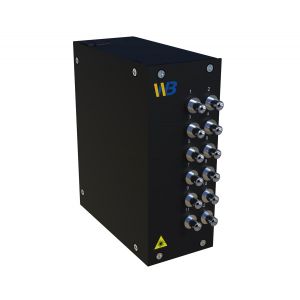 Splice and patch DIN mount fibre enclosure
Out of stock 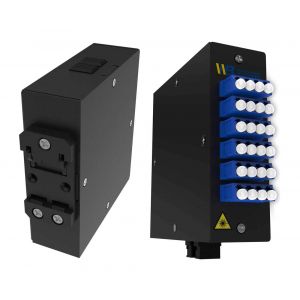